The front door of Shuna’s family home acted as a gateway to Bangladesh. Nothing haram passed through this door, this was a devout house. When Shuna walked through this door, she switched her rebellious face to her pious face, which eagerly absorbed the teaching of the Prophet, striving to be a good Muslim girl. The switching between these two faces became increasingly difficult as they grew further and further apart.

‘Yes, yes, yes I’ll marry you!’ I said to David. Although, after the celestial shock wore off and dull reality set in, I realised there was a slight problem. I would have to tell my very traditional parents that I was going to marry a non-Muslim and confess my secret life.

It’s my wedding day. My parents are absent.  I’m not surprised. Why would my parents want to celebrate their daughter being damned to an eternity in hell fire?

Published by Knockabout Comics and Supported by Art Council England. 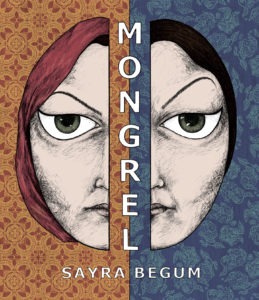 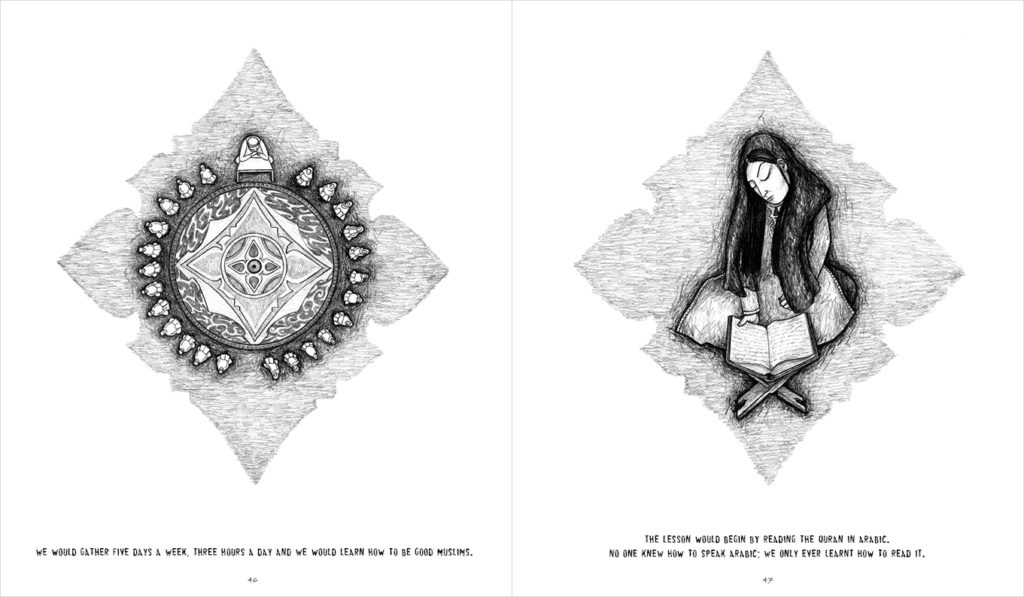 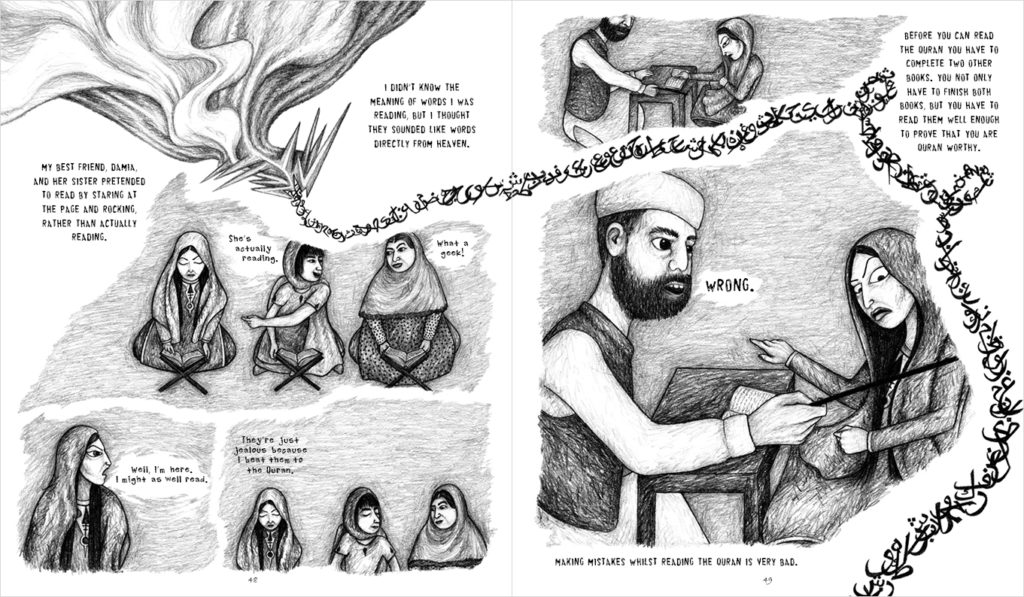 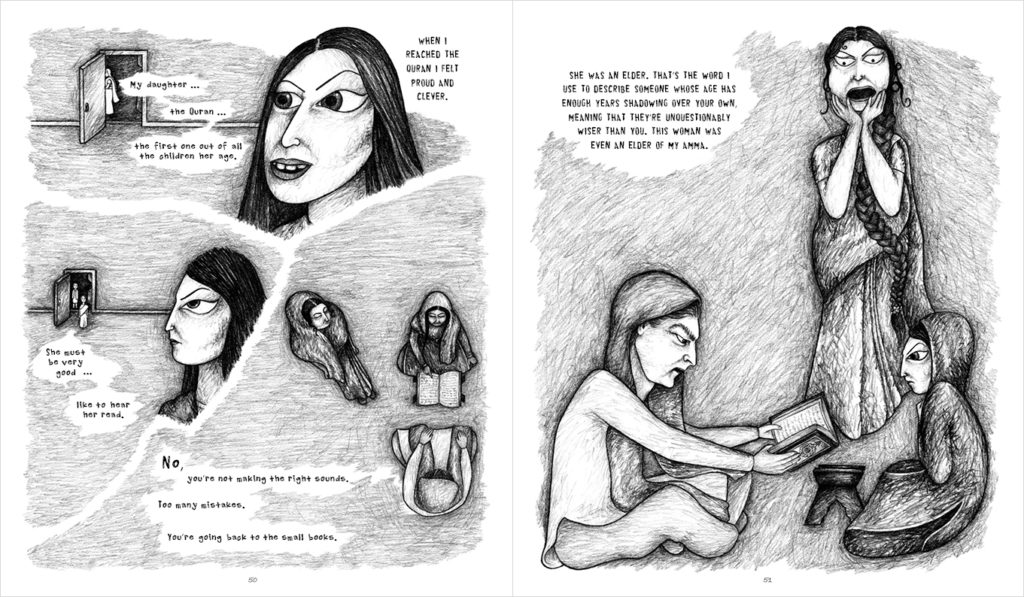 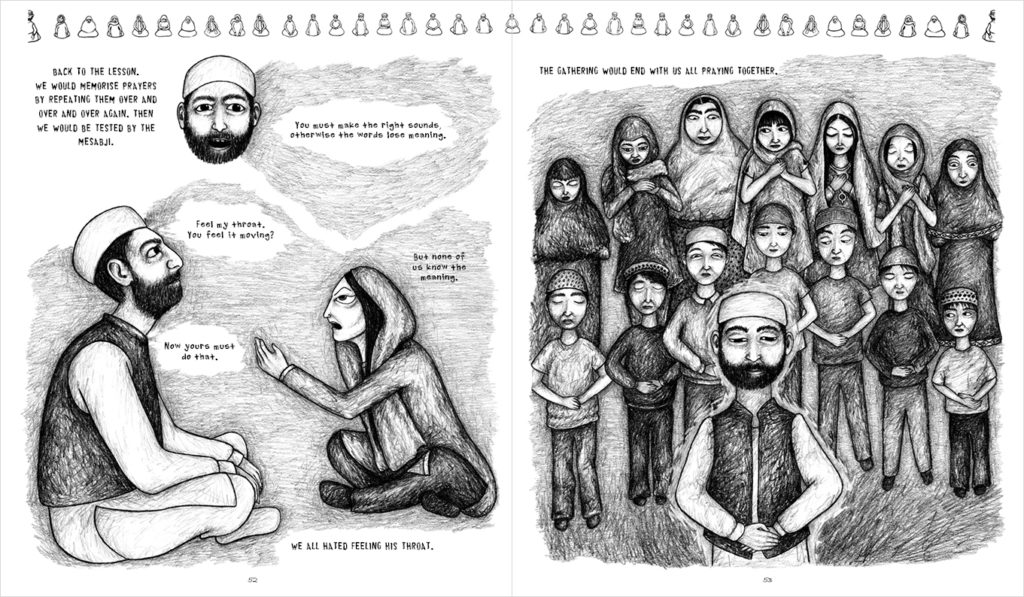 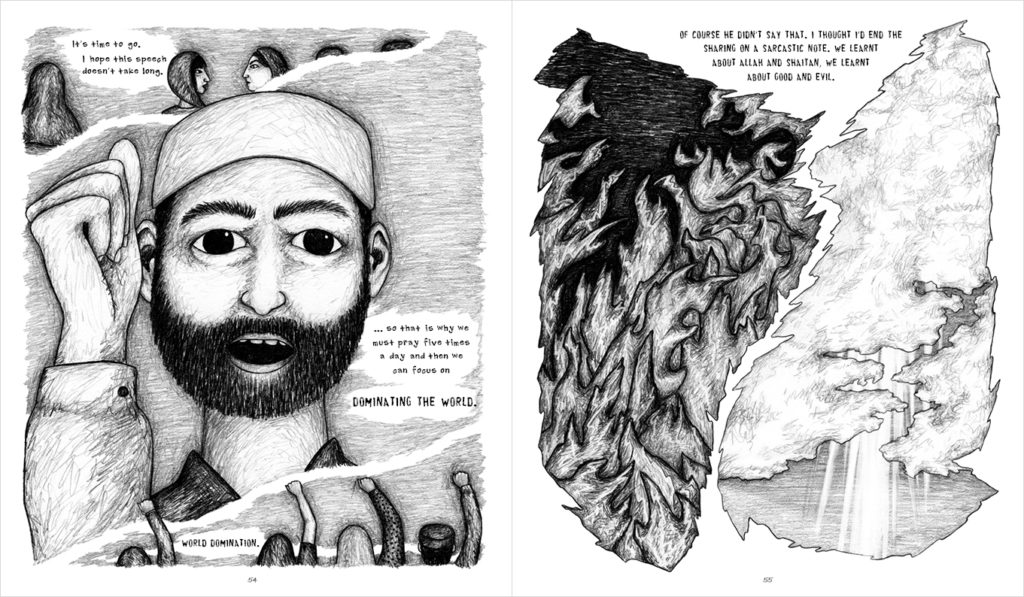 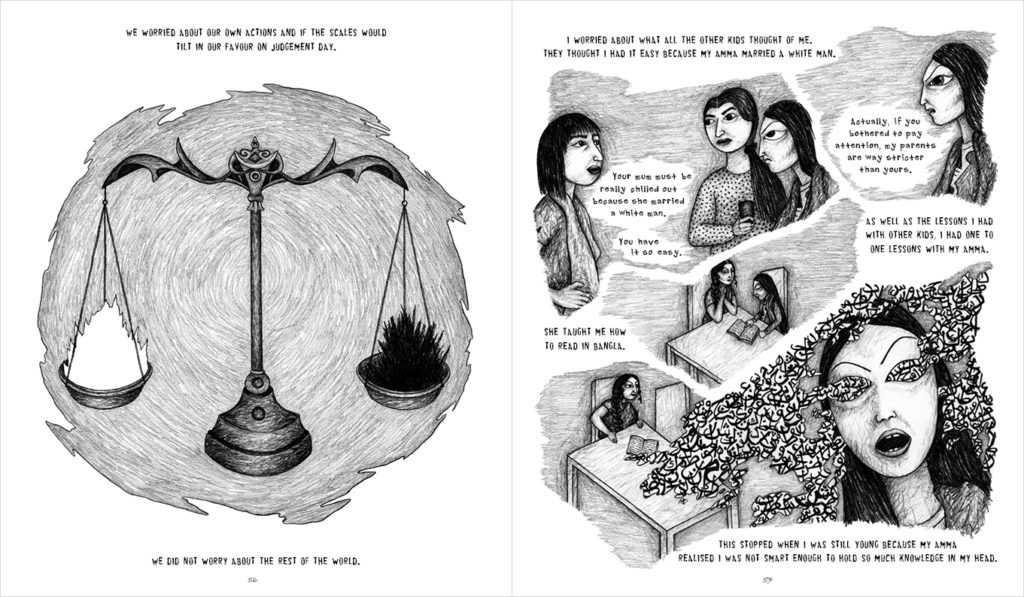 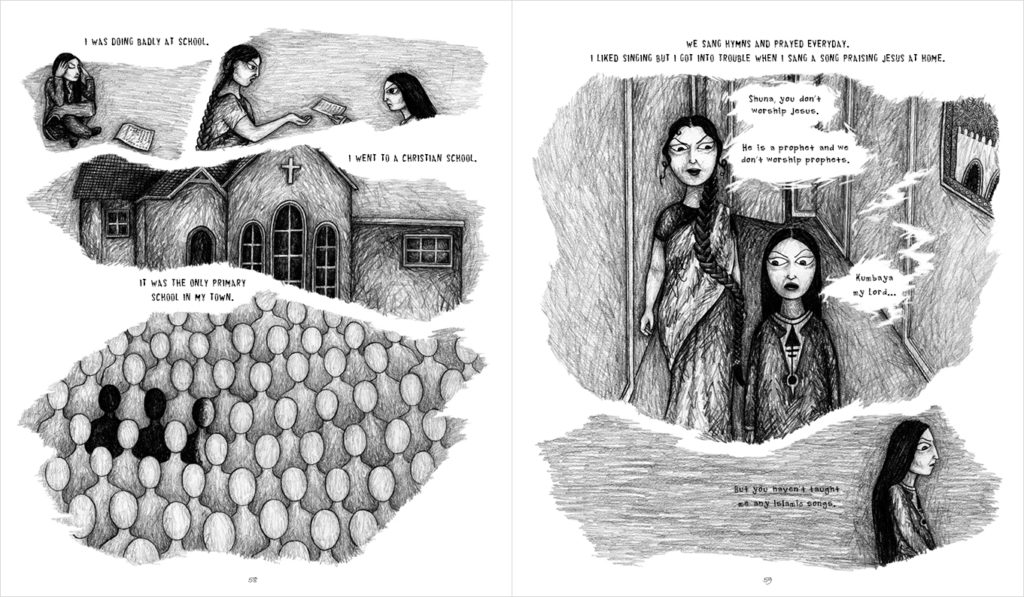 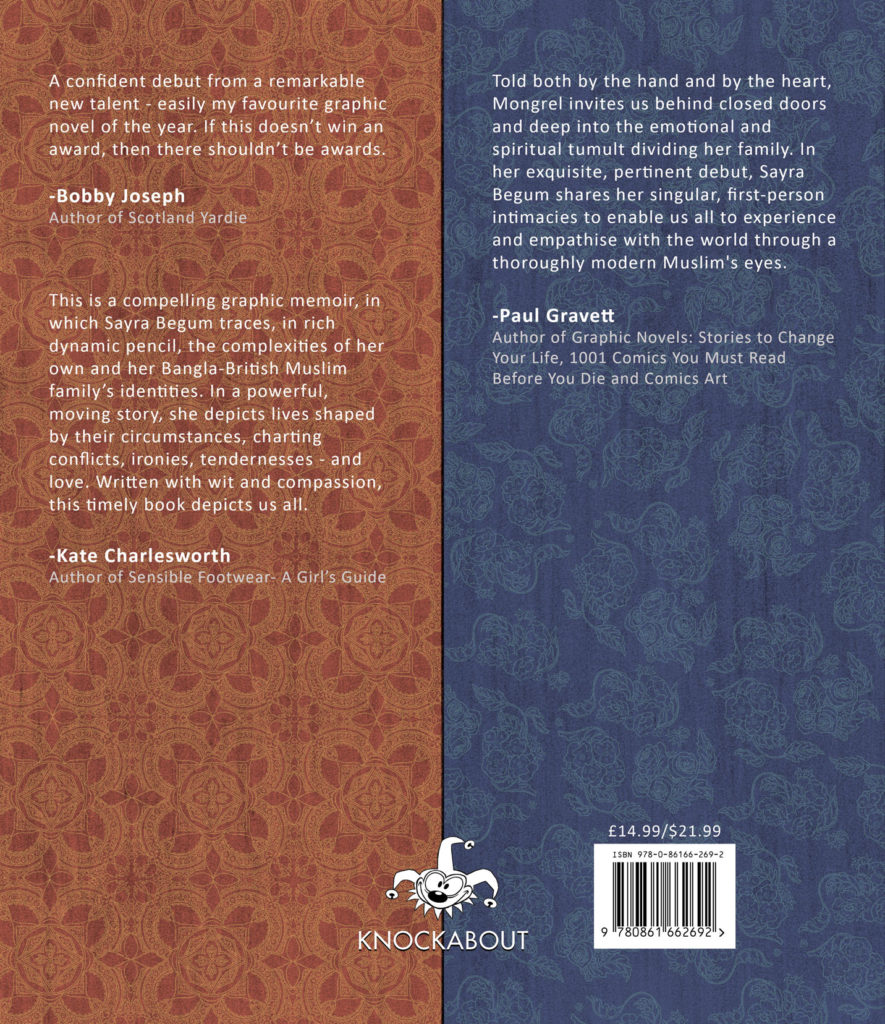 You can order Mongrel from my Etsy shop or on Amazon, Waterstones and Blackwells.